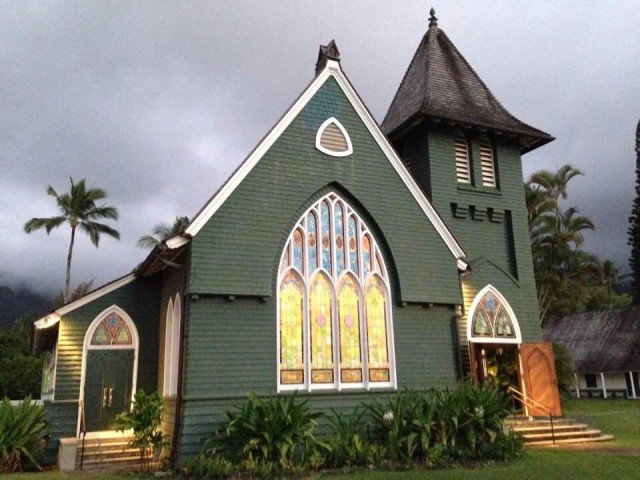 Whether attending a church service or not, Wai’oli Church in Hanalei is well worth a stop when driving from Honu Point to the end of the road. I don’t often go to church myself but occasionally I have a family member or friend who would like to attend. I always recommend this church for its historical significance and its friendly congregation who welcomes guests each week with fresh leis.

The Mission was established by American Christian Missionaries in 1834. Over the years it served the people on the north shore of Kauai while providing schooling for the children. Later the Mission School was turned into the Hanalei Public School which is located right next door.

The present church building, which houses the original bell and was given by three sons of Abner Wilcox, was built in 1912. It has survived several hurricanes but was severely damaged by Hurricane Iniki in 1992. Both the Mission House and Church are listed on the state and national Registers of Historic Places.

The Wai’oli Church has a record of service since 1834, first as a Congregational Church, and since 1957, as a United Church of Christ. The interior is lovely with beautiful stained glass windows. 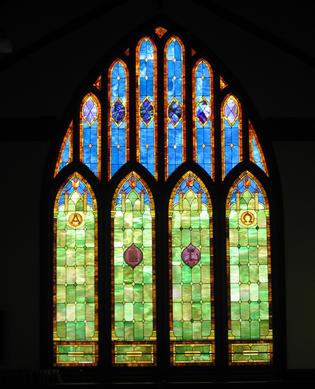 The Wai’oli Church respects the Hawaiian culture and incorporates much of its language into the service by using some Hawaiian terms, translated into English. The choir sings hymns in both Hawaiian and English. It’s a welcoming church with a “come as you are” attitude. The dress is casual with shorts and sandals perfectly acceptable. Service is at 10:00 on Sunday, but the church is open for viewing every day. 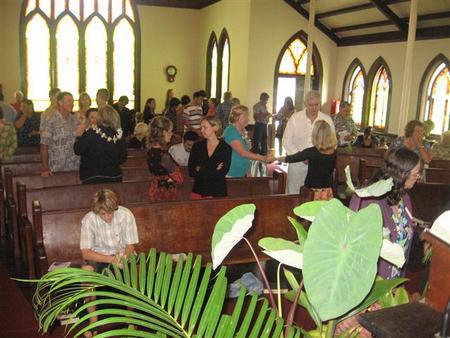 The Wai’oli Church is “l ka polio Hanalei” – in the heart of Hanalei.